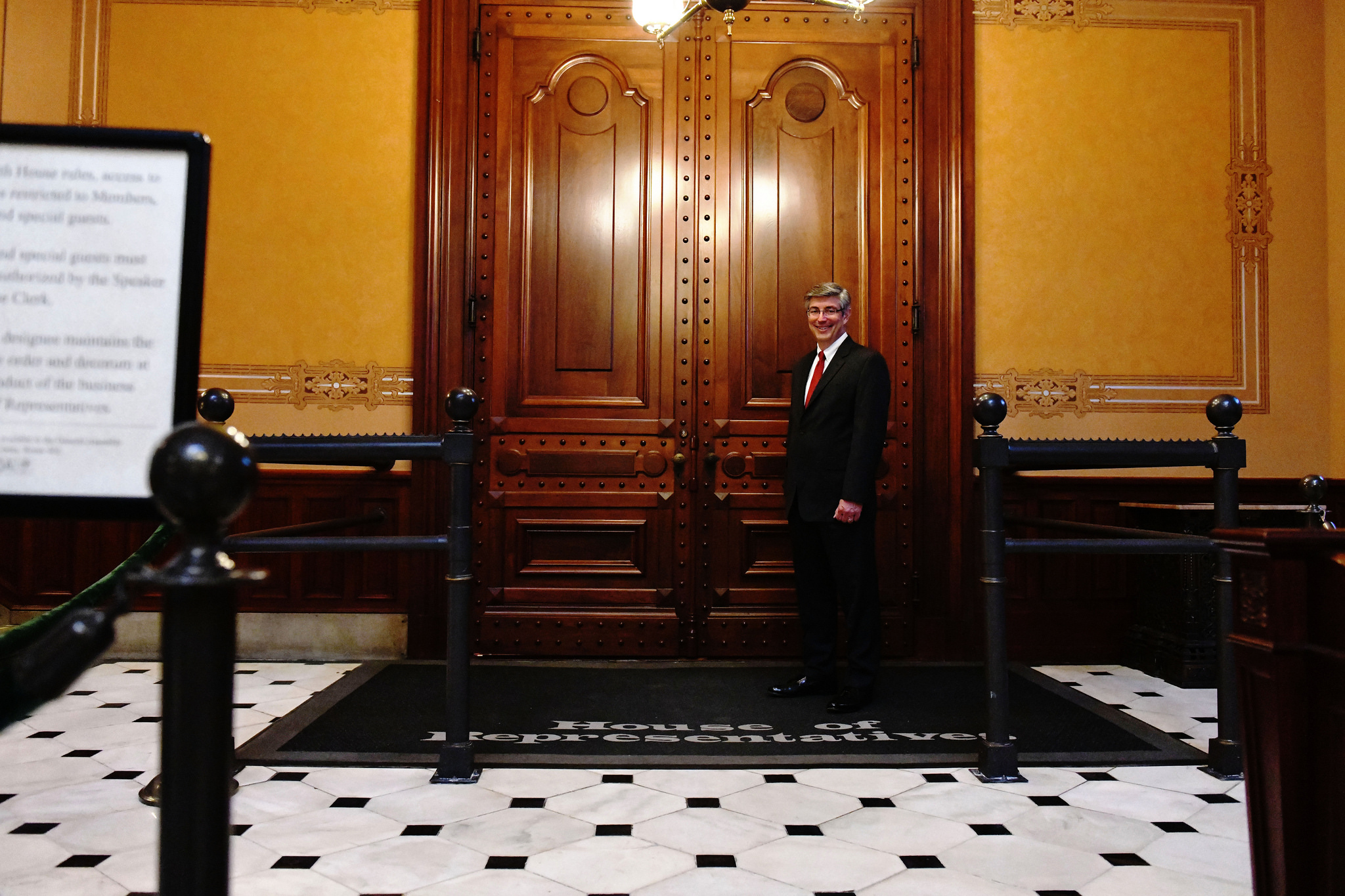 Cognizant of the State’s ongoing fiscal crisis, Representative Ugaste is ready to work on viable solutions to put Illinois back on track, and not contribute to the mounting state debt and unfunded pension system.  Illinois’ pension system has been named as one of the worst in the nation, with the General Assembly Retirement System (GARS) only funded at 14.9 percent, making it the lowest of Illinois’ five state retirement systems.

“It is wrong to continue using a broken system,” said Ugaste.  “As a State Representative, I want to do right by our taxpayers and put our State in a better position to serve our residents. It is simply not sustainable to continue on the path we are on, and I am here to find the best solution for our future.”

During the inaugural week in Springfield, Representative Ugaste filed the necessary paperwork with GARS and the Comptroller’s office in person.  Ugaste’s decision to decline participation in the State’s pension system for legislators is final and irrevocable.  He will return to Springfield on January 29th when legislative session will resume for the House of Representatives.