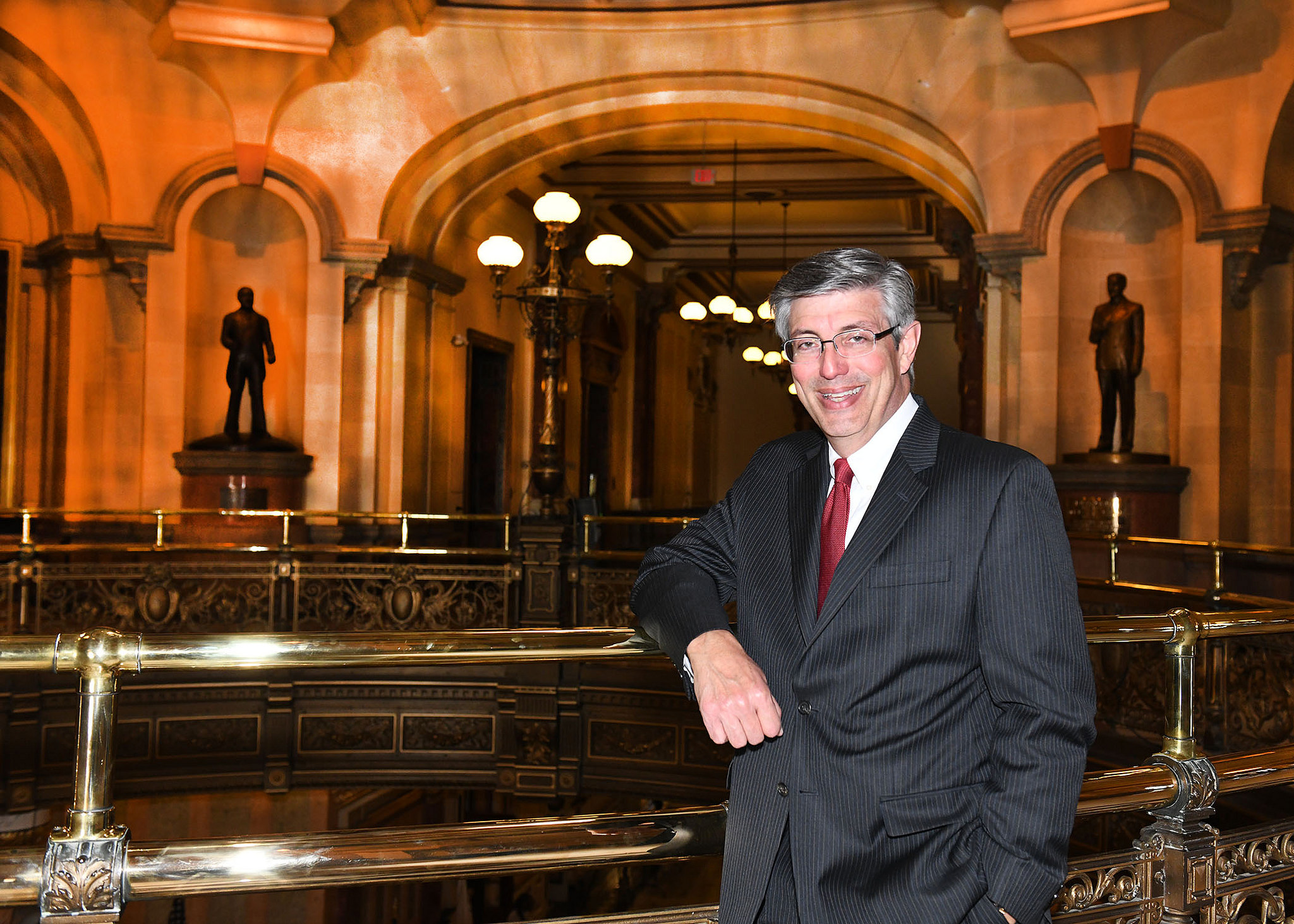 My name is Dan Ugaste, and I am your State Representative for the 65th District.  As your elected official, it is my job to represent your voice in Springfield in the House of Representatives.

As a lifelong resident of Illinois, I am ready to get to work to help get our state back on track, and take on the challenges and obstacles that come along with that goal.  I am committed to producing the best legislation to accomplish that for our Illinois residents and my constituents at home in the 65th District.

In order to best represent our community in Springfield, it is important that I hear your feedback on issues important to you.  I am excited to announce my district office is officially open in St. Charles: 2325 Dean Street, Suite 800.  You can contact me by phone 630-797-5530, email me at ugaste@ilhousegop.org, or make an appointment.

I attended a special inaugural ceremony on January 9th at the University of Illinois at Springfield, marking the official start of the 101st General Assembly.  At this time, the House elected Jim Durkin as House Republican Leader. The majority chose Michael J. Madigan to be the returning Speaker of the House, a group of which I was not a part.

The new session of the state legislature will be the first group of lawmakers to meet in Illinois’ third century.  As exciting as this may be, we have many challenges ahead, including Illinois’ structural budget deficit, underfunded tax-supported pension systems, and a growing pattern of out-migration to other states by young, ambitious adults eager for success in the private sector.

I am proud to stand alongside 12 other House Republican lawmakers making up the freshman class of the 101st General Assembly along with the rest of our caucus in the House of Representatives.

Cognizant of the State’s ongoing fiscal crisis, I could not in good faith accept my legislative pension.  I also did not accept the taxpayer funded healthcare benefits that are offered to State Legislators. Rejecting both of these was one of my first acts serving as State Representative for the 65th District, and set an important tone for the start of my term.  I am ready to work on viable solutions to put Illinois back on track, and not contribute to the mounting state debt and unfunded pension system.

Illinois’ pension system has been named as one of the worst in the nation, with the General Assembly Retirement System (GARS) only funded at 14.9 percent, making it the lowest of Illinois’ five state retirement systems.It is wrong to continue using a broken system. As a State Representative, I want to do right by our taxpayers and put our State in a better position to serve our residents. It is simply not sustainable to continue on the path we are on, and I am here to find the best solution for our future.

Recently, I filed the necessary paperwork with GARS and the Comptroller’s office in person.  My decision to decline participation in the State’s pension system for legislators is final and irrevocable.

Illinois’ CPA Society recently released a few tips to help residents understand new changes with the new tax season underway.  As you prepare your upcoming tax returns, take a look at their list of the changes you should know about here.

I am eager to get to work in Springfield when legislative session resumes on January 29th.  Until then, I am ready to hear from you on issues important to you.  Please don’t hesitate to contact me with questions or concerns.