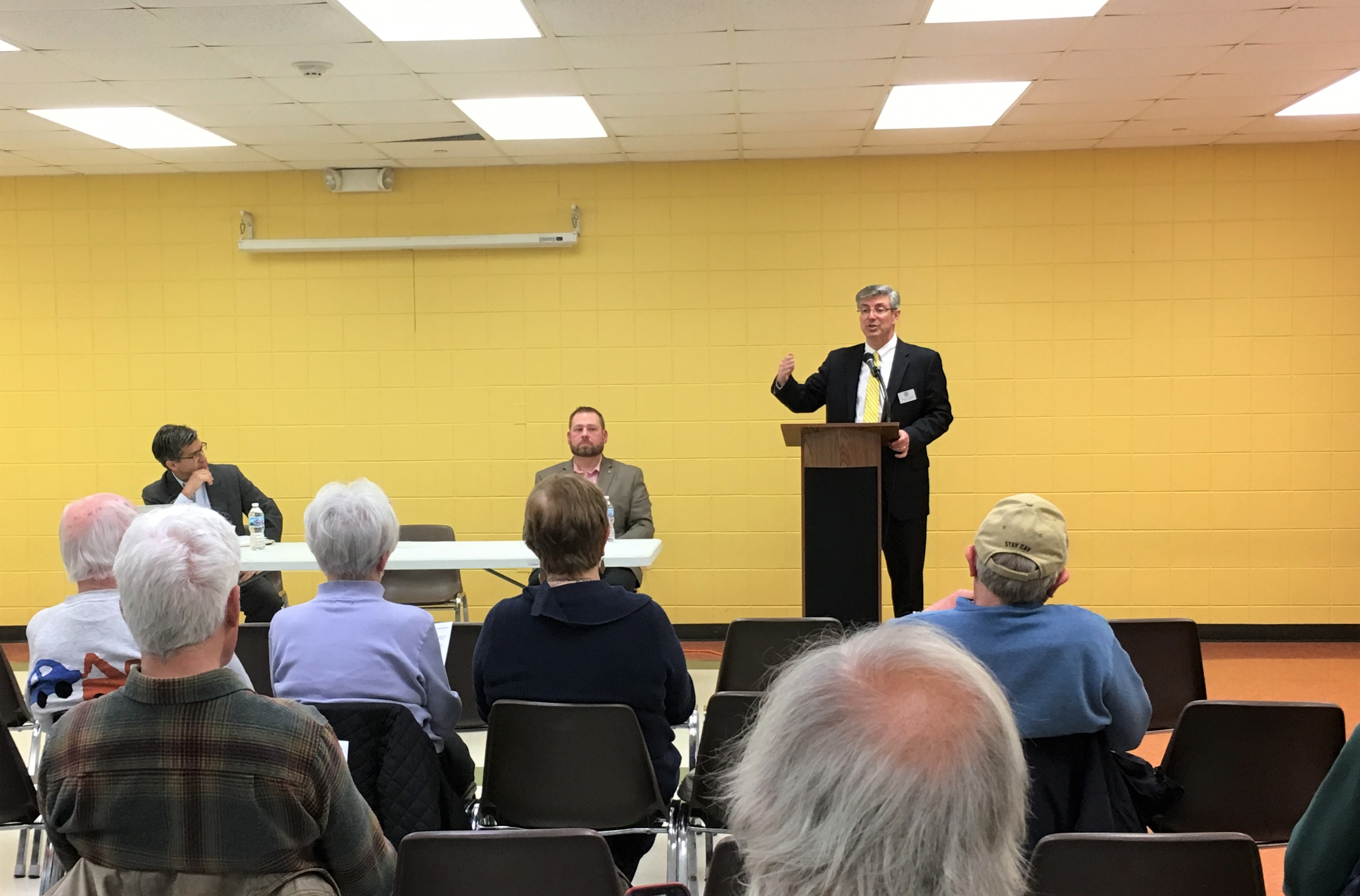 Rep. Skillicorn stated, “I am absolutely opposed to handing Governor Pritzker and the majority Democrats a blank check to raise your taxes, and that is what the Graduated Income Tax is. We have heard the grand promises from them on how raising taxes will solve all of our problems before. In 2011, Illinois temporarily hiked taxes without any reforms. Then, again in 2017 Illinois permanently hiked taxes without any reforms. But were our pension burdens actually addressed? Was the bill backlog erased? Did we fix the structural deficit in our budget? Did our bond ratings improve? The answer to all of these questions is – no, of course not. Now Gov. Pritzker wants to constitutionally hike taxes without any reforms. I say let’s try the reforms first.”

Ted Dabrowski of Wirepoints pointed out the fiscal reality that Illinois is always on the wrong side of metrics such as population loss, property tax burden, and bond ratings. “Illinois is one step above junk bond status. No state in the nation has that kind of poor rating.” He also walked through how Pritzker’s promises amounting to over $10 billion can’t be raised using the current tax brackets being proposed. “It’s going to take a massive tax hike on the middle class. That’s where the money resides. There aren’t enough ‘rich’ people to cover it, and who here believes they’ll do nothing to protect their assets or just move out of Illinois as thousands have already done?”

“Even if the Governor’s graduated tax hike is passed exactly the way he plans, it is not going to help the state but will only compound our problems. Illinois is already one of the highest taxed states in the nation. The wealthy are not going to stay here to pay more taxes,” Ugaste said. “They will either leave the state or set up residency elsewhere, which will leave us without any taxable income revenue and only worsen our situation. We should not try to solve our problems by increasing taxes, but with reforms and working more efficiently as a state to increase our tax base.”

“In spite of the tax hikes, our debt is higher than ever,” Skillicorn stated. “Rather than taking steps to control spending and grow our economy, Illinois Democrats just want to keep raising taxes on Illinois families. It’s a jobs tax that will cause small businesses to take their companies elsewhere.”