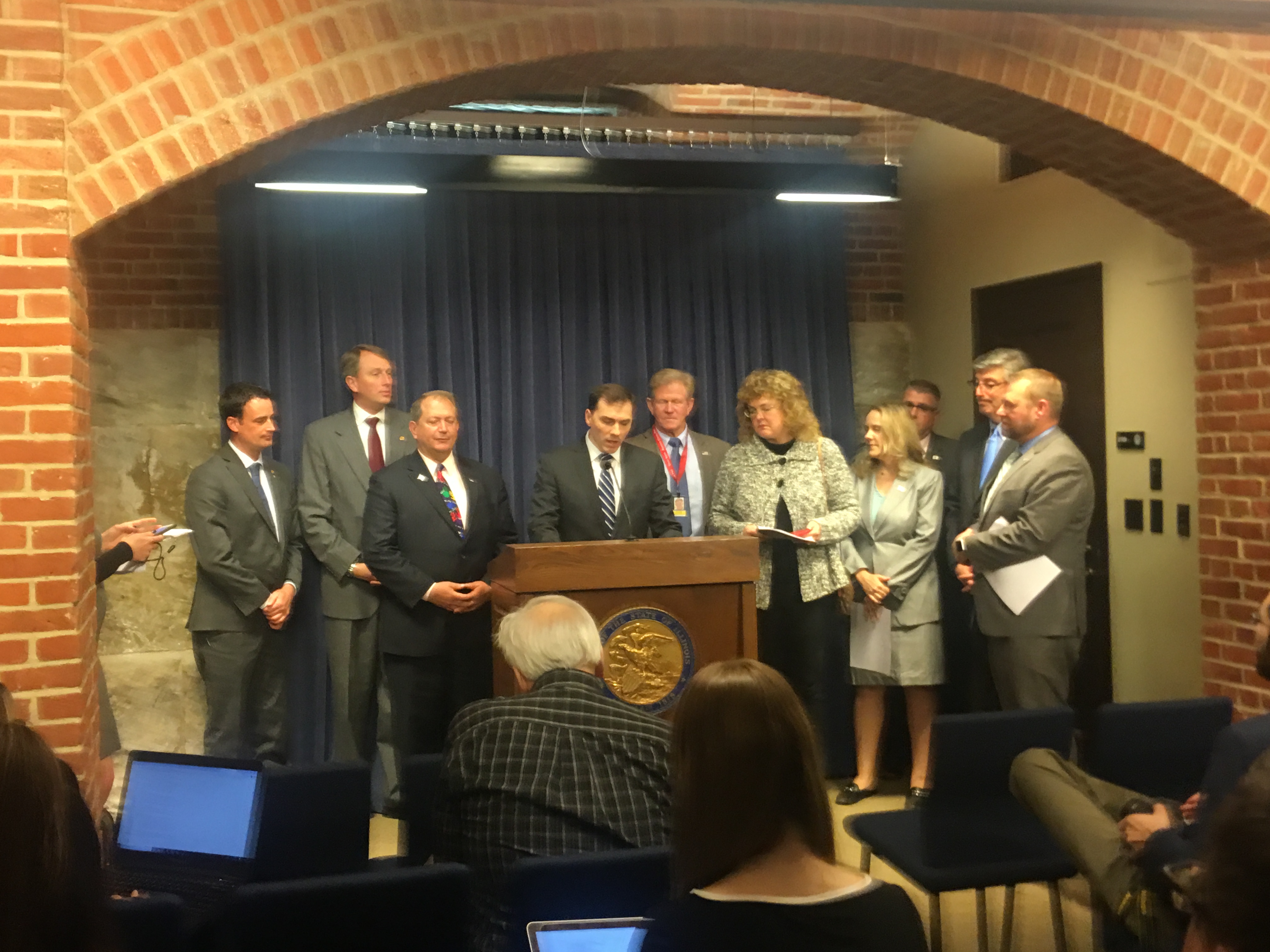 SPRINGFIELD – State Representative Dan Ugaste (R-Geneva) participated in a press conference this afternoon in the Capitol to support a constitutional amendment that will protect taxpayers against future tax increases.  The amendment, HJRCA 34, requires the approval of a supermajority of lawmakers in each chamber to levy any future income tax increases.

“The graduated income tax being pushed through the General Assembly contains no guarantees that the proposed tax rates on only high-income earners will remain,” said Rep. Ugaste.

HJRCA34 adds a necessary layer of protection for tax payers by requiring a 2/3rds approval from lawmakers to raise additional taxes or increase existing ones.  While a supermajority is required to erase the flat income tax protection from the Illinois Constitution, only a simple majority of lawmakers are required to expand the tax schedule and change the existing tax rates.

“This amendment is necessary to protect our taxpayers from a seemingly growing tax burden,” said Ugaste.  “Adding a layer of protection is an important insurance that raising future taxes on Illinois families and businesses won’t be that easy.”