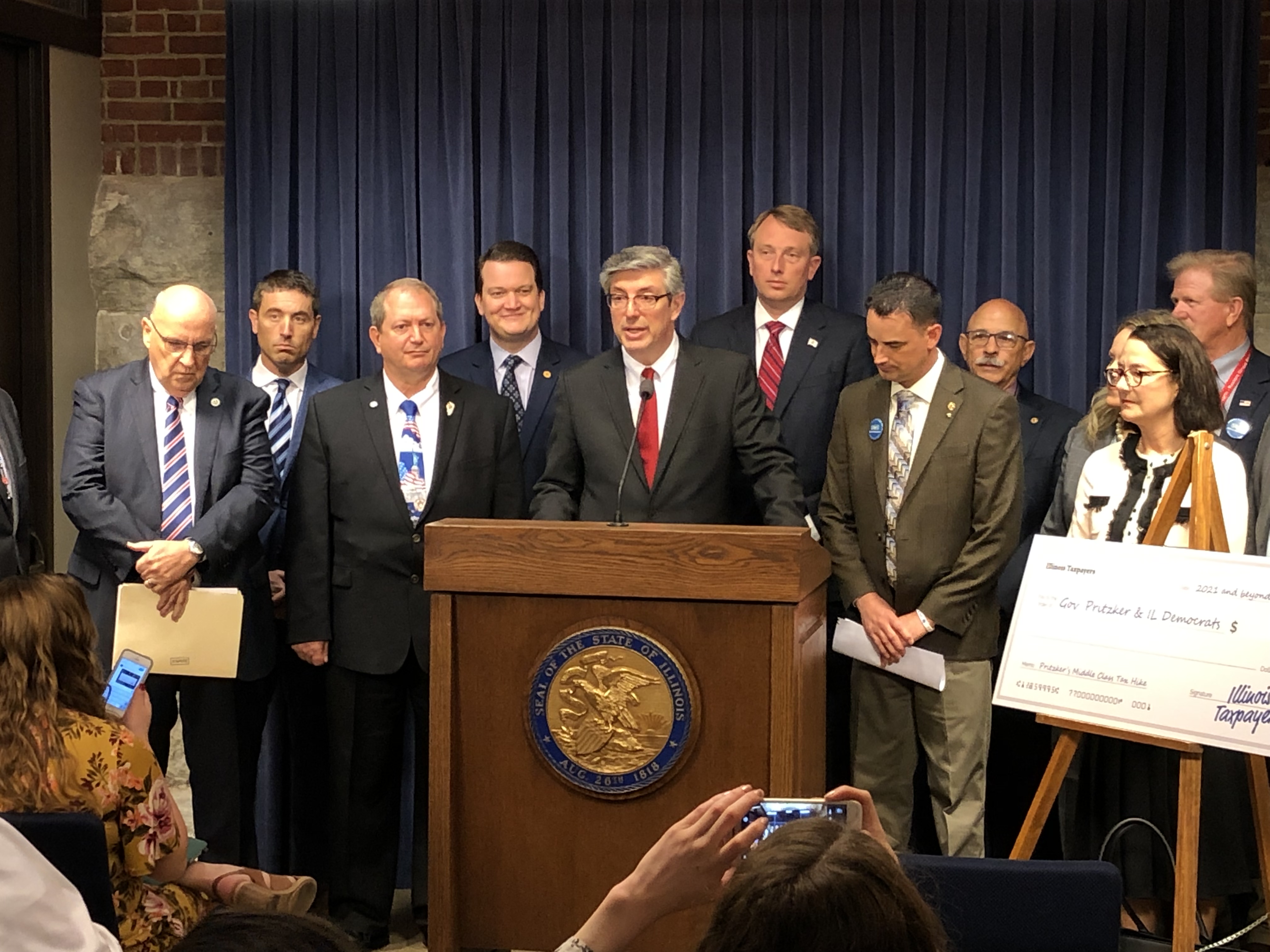 SPRINGFIELD–State Representative Dan Ugaste (R-Geneva) participated in a press conference today in the Capitol to address the graduated income tax proposal.  A strong opponent of the proposal, Representative Ugaste joined his freshman Republican colleagues to express their concerns about removing the flat tax guarantee from the Illinois constitution.

As the proposal moves through the legislative process, there have been no additional guarantees of the rate structures, and further, that those rate structures won’t change. Ugaste and his Republican colleagues have compared this tax proposal to signing over a blank check to Governor JB Pritzker and the Democrats.

“With the already heavy tax burden Illinois residents carry, signing over a blank check to Democrats is not something I can do, and won’t do for the sake of families and businesses in the 65th District and across Illinois,” said Representative Ugaste.

“My constituents have all voiced the same concern—that they “do not want the Legislature to have more authority to increase taxes’,” he continued. “They fear that this tax proposal may open the door to more tax hikes down the road—and they aren’t wrong.  There are no guarantees that the proposed tax rates will remain the same.”

The graduated income tax proposal, SJRCA1, recently passed out of the House Revenue and Finance Committee and is waiting further consideration in the House.