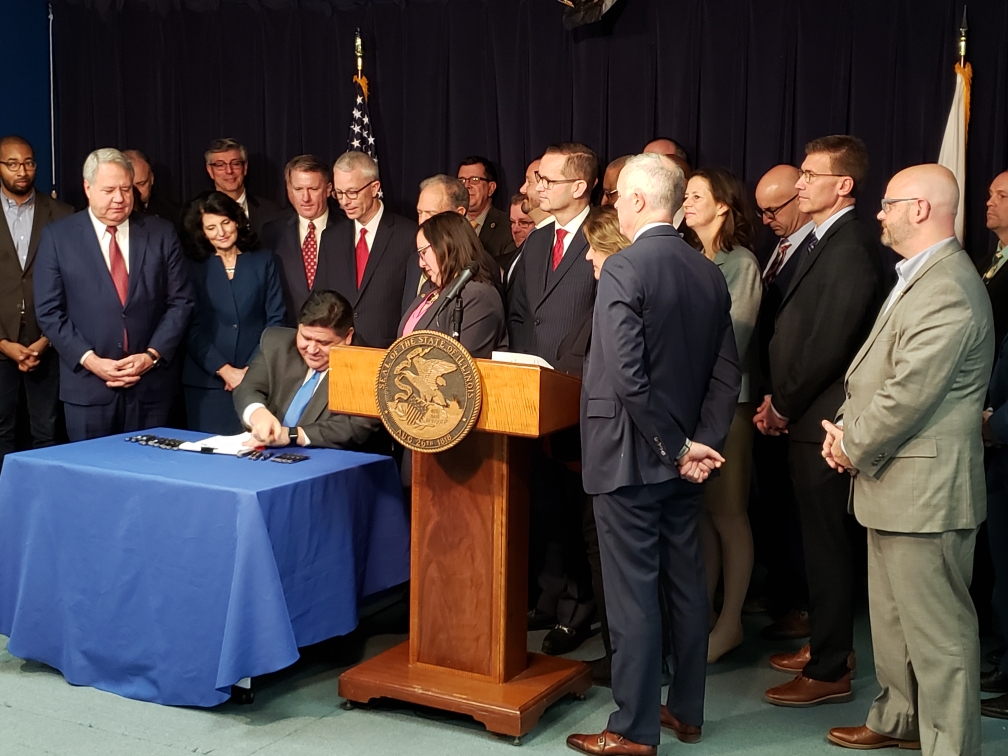 State Representative Dan Ugaste (R-Geneva) attended the bill signing today after supporting the measure in the House of Representatives this fall.

This bipartisan pension reform is expected to produce an additional $820 million to $2.5 billion in investment returns alone, and reduce the reliance on property taxes for funding.

“There is still much more we can accomplish for pension reform, but this is a significant first step,” continued Ugaste. “Our first responders’ benefits are hard earned and well deserved, and through this reform they can have greater faith knowing that their pension will be there when they need it, and taxpayers can hopefully experience some relief in the taxes they pay to support those systems.”