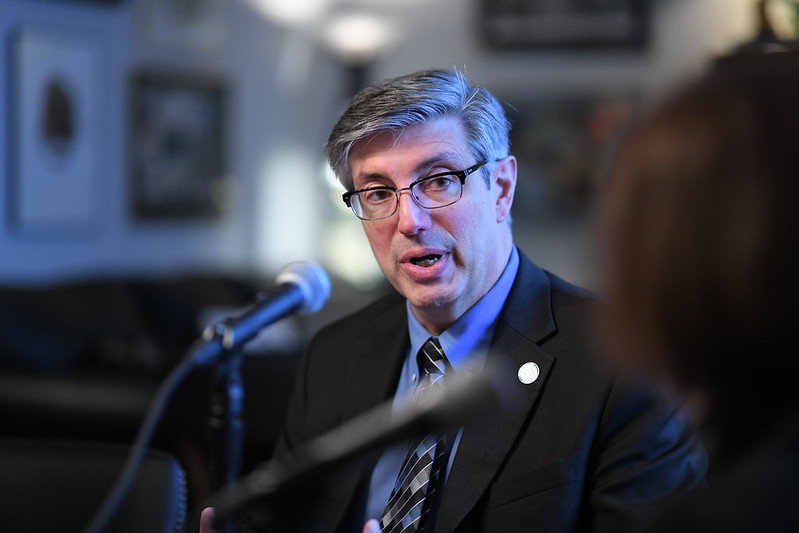 GENEVA, IL – On Tuesday, Illinois Governor J.B. Pritzker released his 5 Phase plan to reopen Illinois.   This 5 Phase plan broke the state into four regions, and laid out criteria that is needed for each zone to advance to the next phase.  The Governor stated that currently the state as a whole is in Phase 2, and will be in that phase for at least four weeks.

“The Governor and the State’s Democratic Leaders have ignored calls from Republican Representatives and Senators from across Illinois to return to Springfield to have our voices heard on the best way to move forward handling the pandemic,” stated State Rep. Dan Ugaste (R-Geneva).  “I believe the law is clear, the Governor can only issue a disaster declaration for 30 days, that’s it!  The time has expired.  With his plan to reopen the State, the Governor indicates that he will continue to issue emergency declarations for many months to come, and further usurp the power, authority and voices of the General Assembly, which until March 16th of this year had been a separate and co-equal branch of government.  What is worse is the Democratic Leadership in the House and Senate seem to have no problem allowing him to do it. “

Ugaste has called on the Governor and Leaders of the General Assembly to go back to Springfield to create a fair, comprehensive and data driven plan for regional reopening of our State, as well as address the other critical and urgent matters facing Illinois at this time.

“The Governor’s plan has some glaring deficiencies, and he is being disingenuous when he claims every criteria is data driven, when they are clearly not.  It also appears to completely fail to take into consideration the human toll his executive orders are taking, and will continue to take, on the people of Illinois,” Ugaste stated.  “The Governor needs to start talking and listening to the elected officials, who are closest to those who elected them and are the voice of the people of Illinois.  By working together and truly being ALL in this together, the Legislature and the Governor can arrive at the best plan to address the public’s health and safety, as well as the human toll which has been caused by the pandemic.