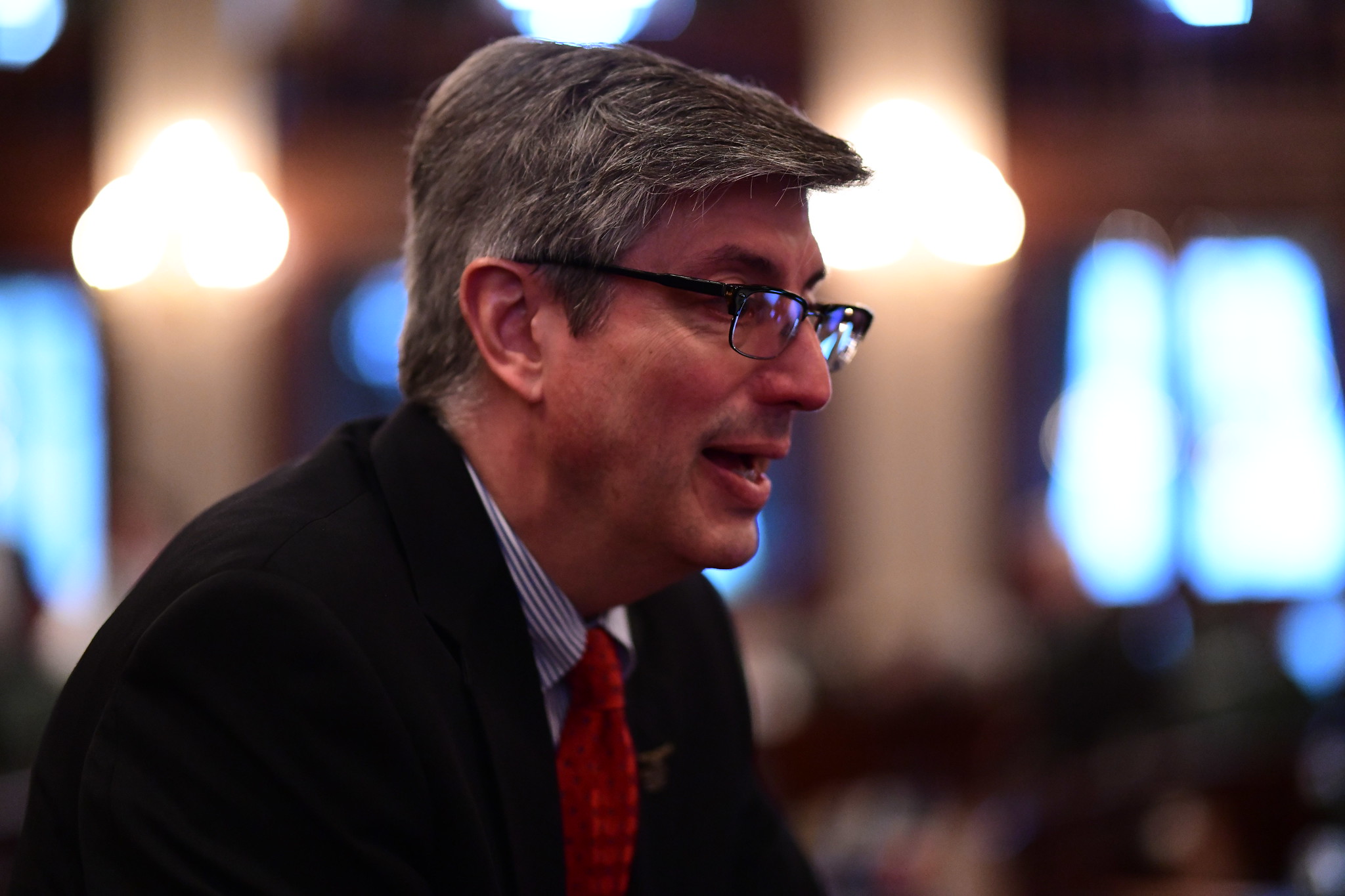 SPRINGFIELD—Today the House of Representatives passed a partisan budget, which appropriates roughly $42.8 billion in spending for FY2021.

State Representative Dan Ugaste (R-Geneva) voted against the budget, and released the following statement in response:

“Today’s budget was a partisan plan that did not involve the House Republican Caucus.  In fact, we were not allowed to participate or give meaningful input into the process.  It gives the Governor more power over our state finances.  It forces a tax increase on our already overburdened taxpayers.  It increases spending, and increases borrowing—and by doing so increases our state’s debt.  This budget isn’t something that our chamber should be proud of, and most certainly wasn’t something that I could support.

We reach compromises in a bipartisan fashion.  We’ve done it before—and when we do, it’s best for all of Illinois.  Before tonight’s vote on the budget, I stood on the “House Floor” and asked that we spend more time to come to a bipartisan agreement.  In fact, it’s built into our legislative calendar that we have 7 days of legislative session left, which is more than enough time to craft at truly bipartisan budget—plus any number of bills that our state is in desperate need of like property tax relief to help our citizens and our businesses, and workers compensation reforms.  It’s been two months since we last met in Springfield.  Our state has real issues before us not only because of the pandemic, but many other issues that existed for our state before this crisis.  We cannot possibly get it all done—and done well—in a matter of days.  We owed it to the people of Illinois to work together to produce a better budget, and one that would actually restore the state of Illinois.”

Despite bipartisan opposition, the budget passed today with 68 voting in favor of the bill.