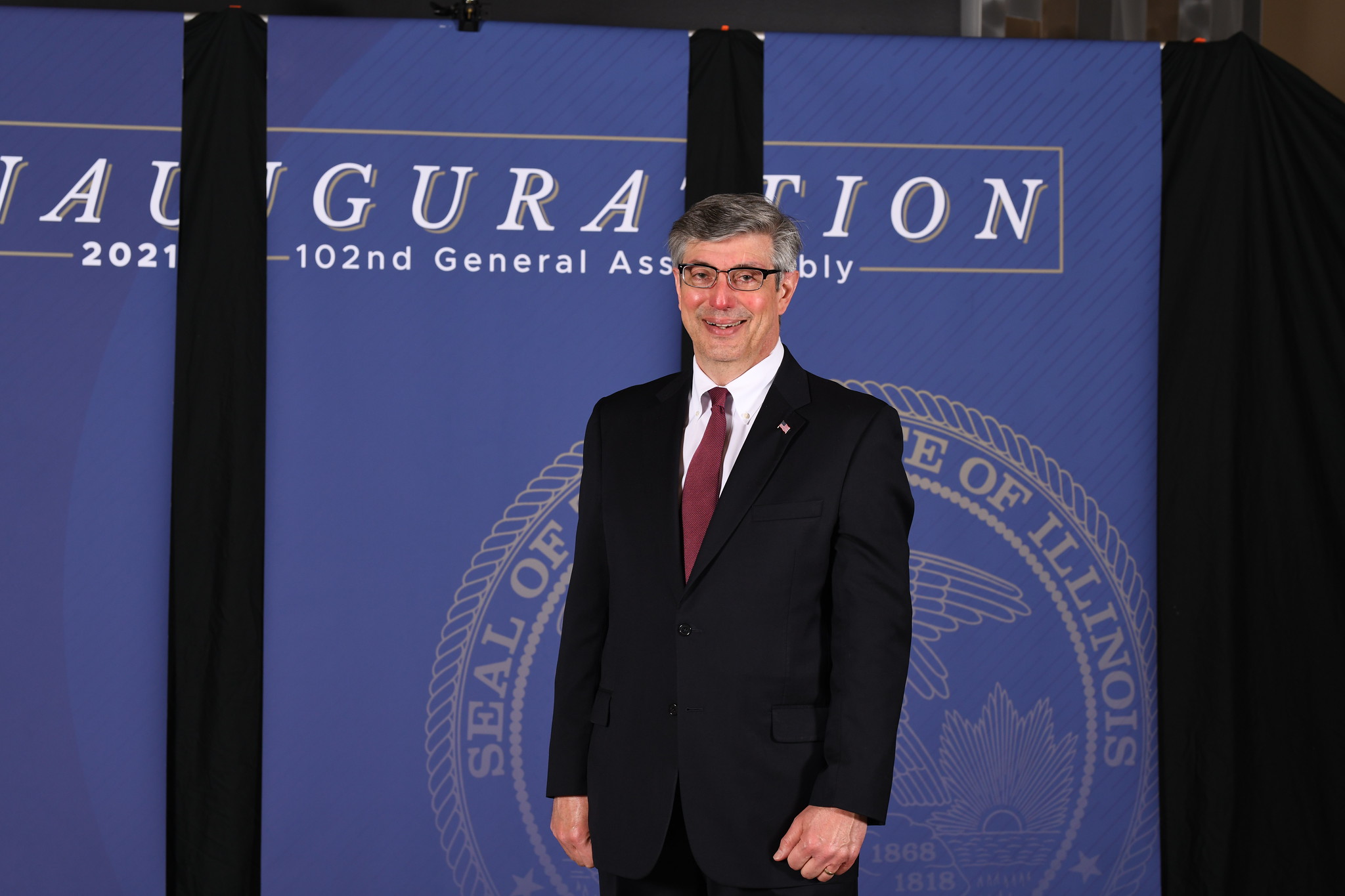 SPRINGFIELD—State Representative Dan Ugaste (R-Geneva) was sworn into office today for the 102nd General Assembly to represent the 65th District, which includes portions of Kane and McHenry Counties. The Representative’s second term serving the State of Illinois began at noon today at the Bank of Springfield Center, which is serving as the ‘House Floor’ as the COVID-19 pandemic continues.

Today’s inauguration ceremony comes on the heels of a five-day ‘lame duck’ legislative session. Representative Ugaste is eager to continue working in the new General Assembly with a greater emphasis on bipartisanship. “If we are going to accomplish great things for the State of Illinois, we need to be working together,” said Rep. Ugaste. “Our fiscal issues are a top concern, but I don’t think anything can come before our dire need for ethics reform.”

While Ugaste has pushed for fiscal responsibility and ethics reform in his tenure in the House, both have fallen short under House Democrat leadership. The few days leading up to today’s inauguration ceremony was tumultuous for the House Democrat caucus, with much uncertainty as to who would be their choice for Speaker. Ultimately, Representative Emanuel Chris Welch was elected Speaker of the House and Representative Jim Durkin of Western Springs was re-elected House Minority Leader.

“With countless businesses and residents leaving the State of Illinois, we have to find a way to reduce our spending, government waste and prioritize reform,” continued Ugaste.