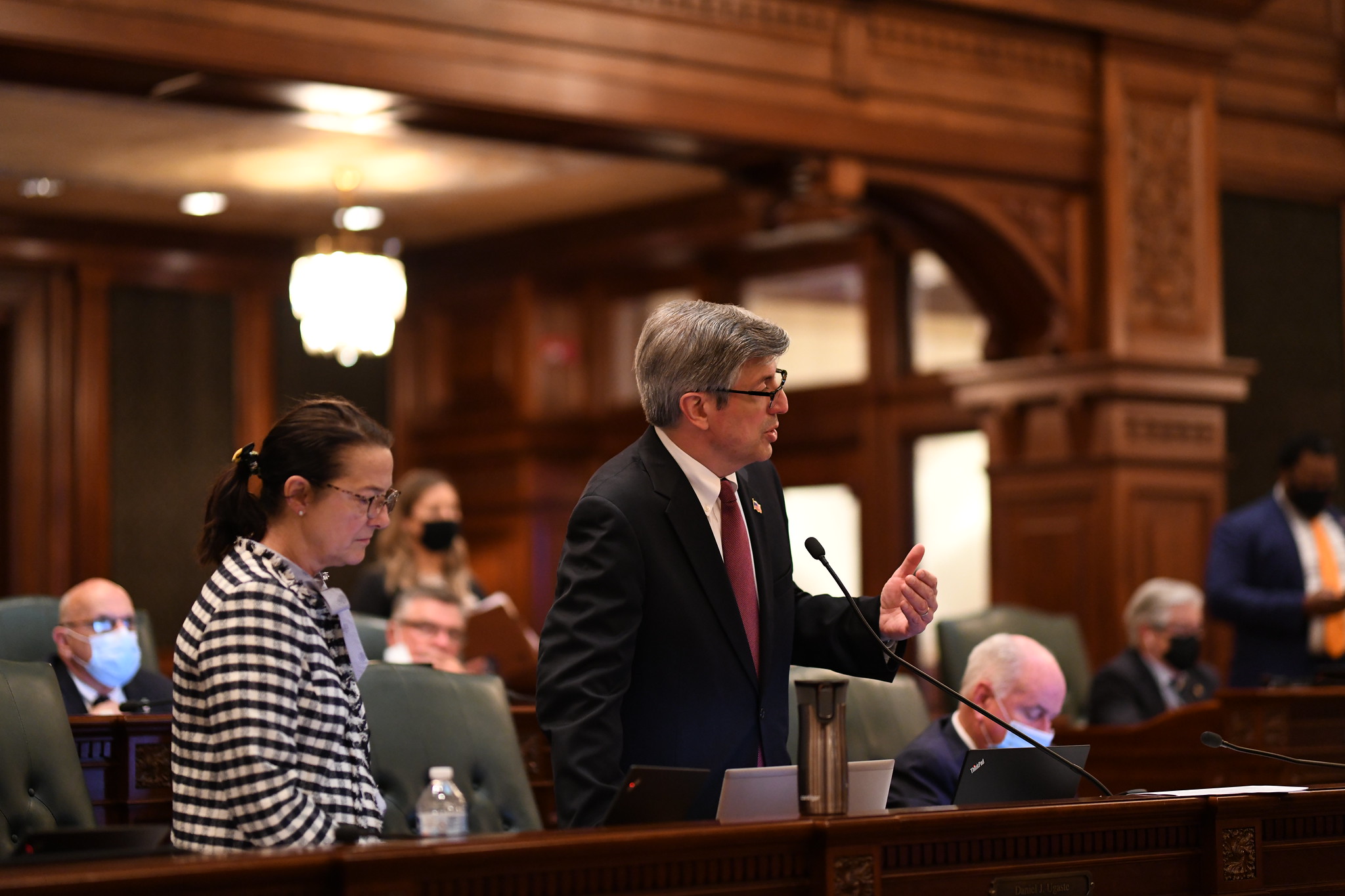 “While this was a challenging year for our state and nation— in January I was hopeful it would be a “new day” in the Illinois House and for the State of Illinois. We started the year with a new House Speaker, and the promises of openness, transparency and a change in the ways of the past. Yet, as we closed out the day at 3:00am on June 1—it was crystal clear that the ways of the past weren’t gone.

The budget, drafted and passed by Democrats alone, and with next to no negotiations, was filed just before midnight giving Republican lawmakers less than 30 minutes to review; making it impossible to know what exactly was included in the $42.3 billion dollar plan. What we were able to determine was it included an automatic pay raise for lawmakers, something that I have advocated against for years—and for which I have continually filed legislation to prevent. At a time when our state needs change, we got more of the same. I did not support this year’s budget.

Our state has no shortage of urgent issues; one being the need for stricter ethics legislation. We did manage to pass an ethics bill through SB539, but unfortunately it does not contain near enough. It was only a small start on a long path on which we must embark to restore trust in Illinois government. Fortunately, we scratched the surface on this issue, but unfortunately the legislature ignored addressing so many others.  We have a very long way to go if the Democrats are going to deliver on their “new day” in Illinois.