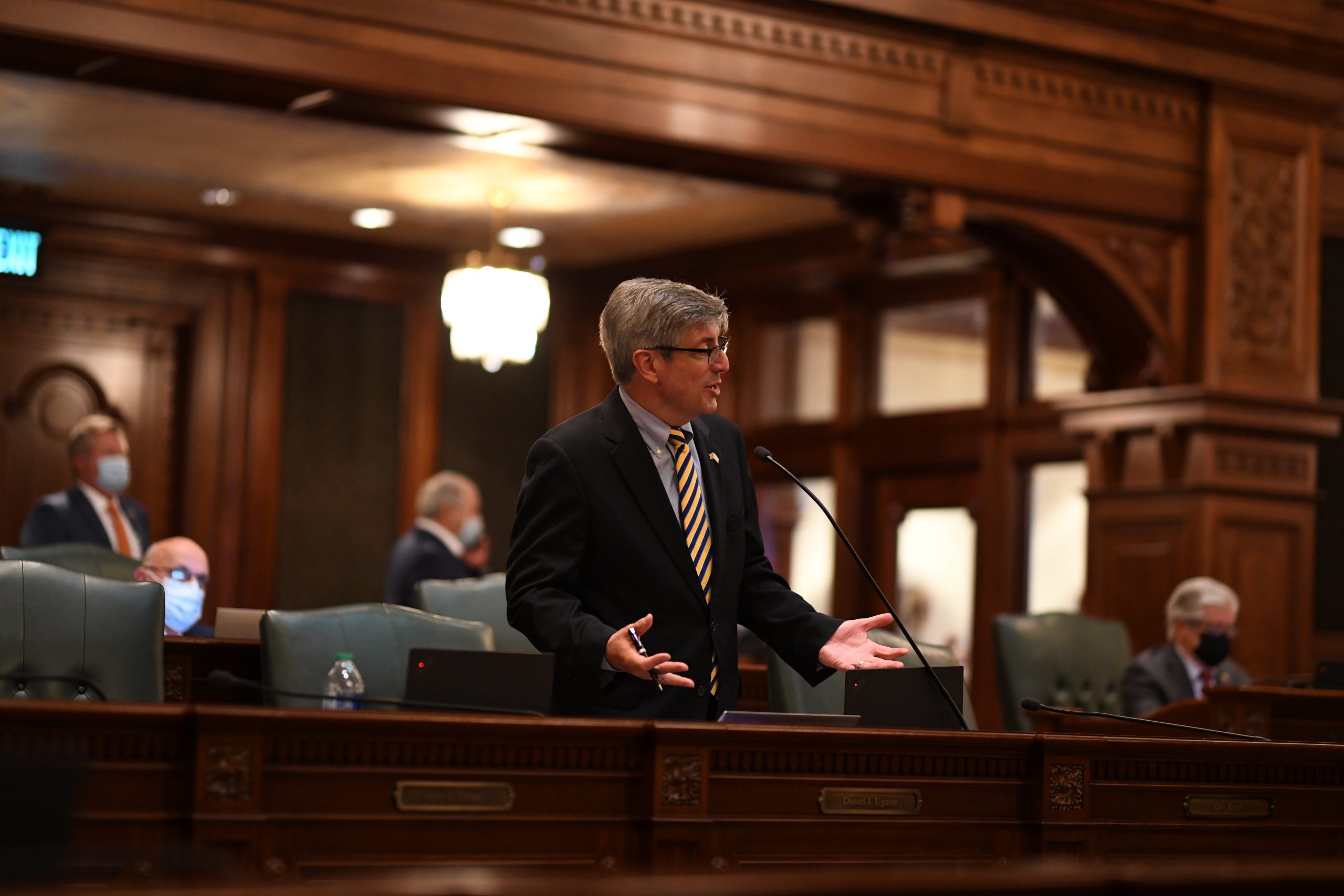 After a vote taken yesterday in the Illinois House on a bill labeled as an “Energy Bill” but which really had more to do with jobs and the environment, House Floor Amendment 4 to House Bill 2408, State Representative Dan Ugaste (R-Geneva) released the following statement:

“Overall, this bill will be harmful to District 65 and especially three communities in my district; all three of which less than 15 years ago made investments in Prairie State Energy.  When constructed in 2012, Prairie State was cutting-edge technology for producing environmentally friendly electricity.  The bill presented yesterday will effectively force Prairie State Energy to prematurely close approximately 40 years early.  This action will cause a substantial loss of investment for all 3 communities and could lead to some financially devastating consequences for 2 of them —this is primarily why I opposed this legislation.

But in addition to this particular strong local opposition leading to my vote, this bill will also have larger scale negative effects that will impact the rest of the district and our state for years to come. While clean power is essential for our state, both now and in the future, we cannot ignore the immediate effect on electricity rates this legislation will have.  The bill as passed by the House will cause the biggest residential and industrial rate increase in the history of our State, if passed by the Senate and signed by the Governor, and could very well lead to unreliable sources for electricity. This substantial increase in the cost of electricity placed on consumers, as well as the strong potential for unreliable sources in the future, will not only negatively impact Illinoisans directly, but is predicted to lead to a great loss of jobs due to the even the greater increased costs for electricity on businesses. At a time when many businesses are still trying to recover from shutdowns and economic effects of the Covid health crisis over the past 18 months, and when too many people and businesses are leaving the State of Illinois for better fiscal climates, this will be just another reason to encourage more to follow.

While this legislation has laudable goals, it was not the balanced proposal that residents, consumers, businesses, and hardworking Illinoisans needed and deserved.”