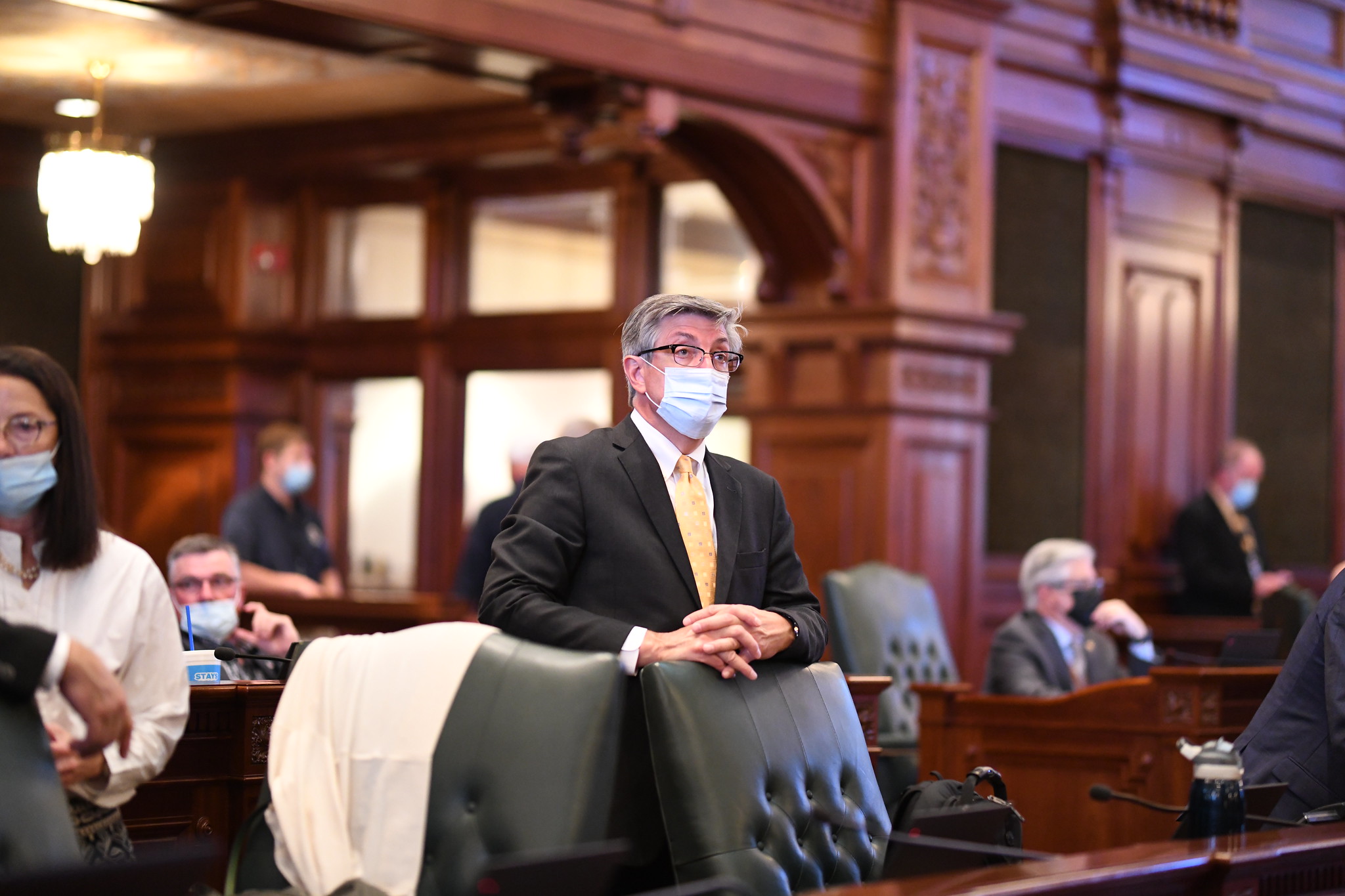 Today, State Representative Dan Ugaste (R-Geneva) publicly called for an end to unilateral rule through the excessive use of emergency orders—as Governor JB Pritzker has done for the last year and a half. Rep. Ugaste has filed legislation to ensure legislative involvement in all matters, absent an exigent situation, and for it to be brought forward for consideration in the Illinois House. The bill in question, House Bill 843, was filed by the Representative earlier this year, and although it has near unanimous support from the House Republican caucus, it has yet to earn a committee hearing.

Rep. Ugaste was joined today at a press conference in Springfield by several colleagues including Representatives Mark Batinick (R-Plainfield), Avery Bourne (R-Morrisonville), and Norine Hammond (R-Macomb) who also support this call to action: demanding the legislature be involved in important decisions not only to represent the views of Illinois residents in the legislature, as lawmakers are elected to do, but to reinforce our system of government.

“At this time, we have gone over 20 months with our Governor issuing emergency orders and statewide mandates as a means to govern; this suits neither the people of Illinois nor our government—and it was not how the people want and deserves to be represented, nor how our government was intended to run,” said Ugaste.

The Representative has made numerous calls—both publically and privately—for his bill to be brought forward, but despite these efforts, nothing has changed. Today’s press conference was another push, while lawmakers are in Springfield for veto session.

“Being back here in Springfield is another opportunity, to ensure that lawmakers can do their job and Illinois residents can have their voices heard,” continued Ugaste. “The last 20 months have made it clear that in order to do that, we need to have legislation in place.”

Current law includes an emergency statute, which the Governor has been continually renewing to account for his actions. Rep. Ugaste and his House Republican Colleagues believe that beyond thirty days, the legislature must be involved to approve further emergency orders.

“The actions, or lack of action as the case may be, of the Governor and majority party in control of both chambers of the General Assembly, have resulted in a co-equal branch of government remaining sidelined with no say at all in the handling of this situation and we cannot continue down this dangerous road,” concluded Ugaste.

For Ugaste and the House Republicans, HB843 moving forward is the best course of action to ensure democracy is protected—along with the voices of every Illinois resident. The current status of the bill is here: https://ilga.gov/legislation/BillStatus.asp?DocTypeID=HB&DocNum=843&GAID=16&SessionID=110&LegID=129429