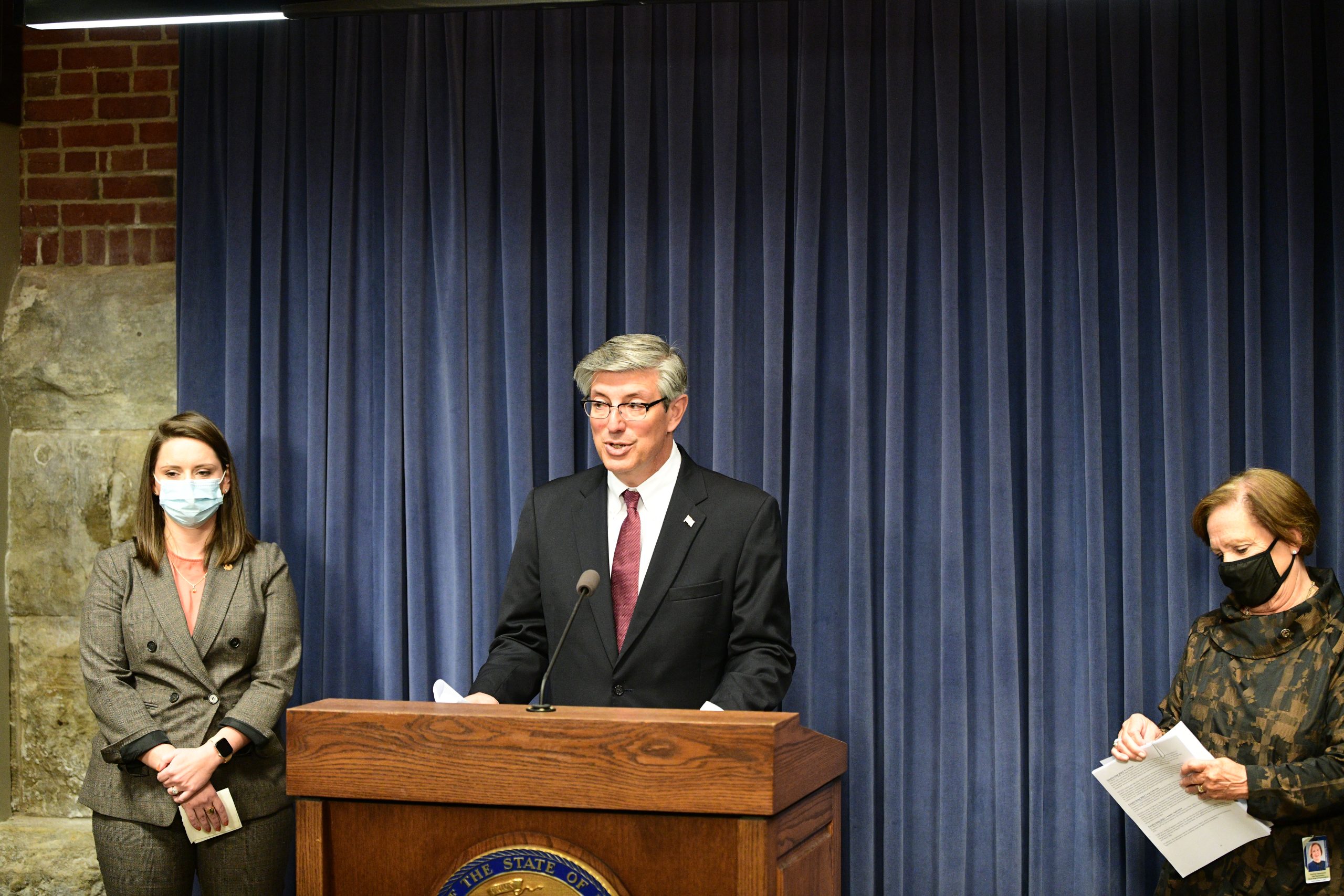 State Representative Dan Ugaste (R-Geneva) held a press conference in Springfield alongside several colleagues including Representatives Mark Batinick (R-Plainfield), Avery Bourne (R-Morrisonville), and Norine Hammond (R-Macomb) who also support this call to action: demanding the legislature be involved in important decisions not only to represent the views of Illinois residents in the legislature, as lawmakers are elected to do, but to reinforce the precedent that the system of checks and balances matter.