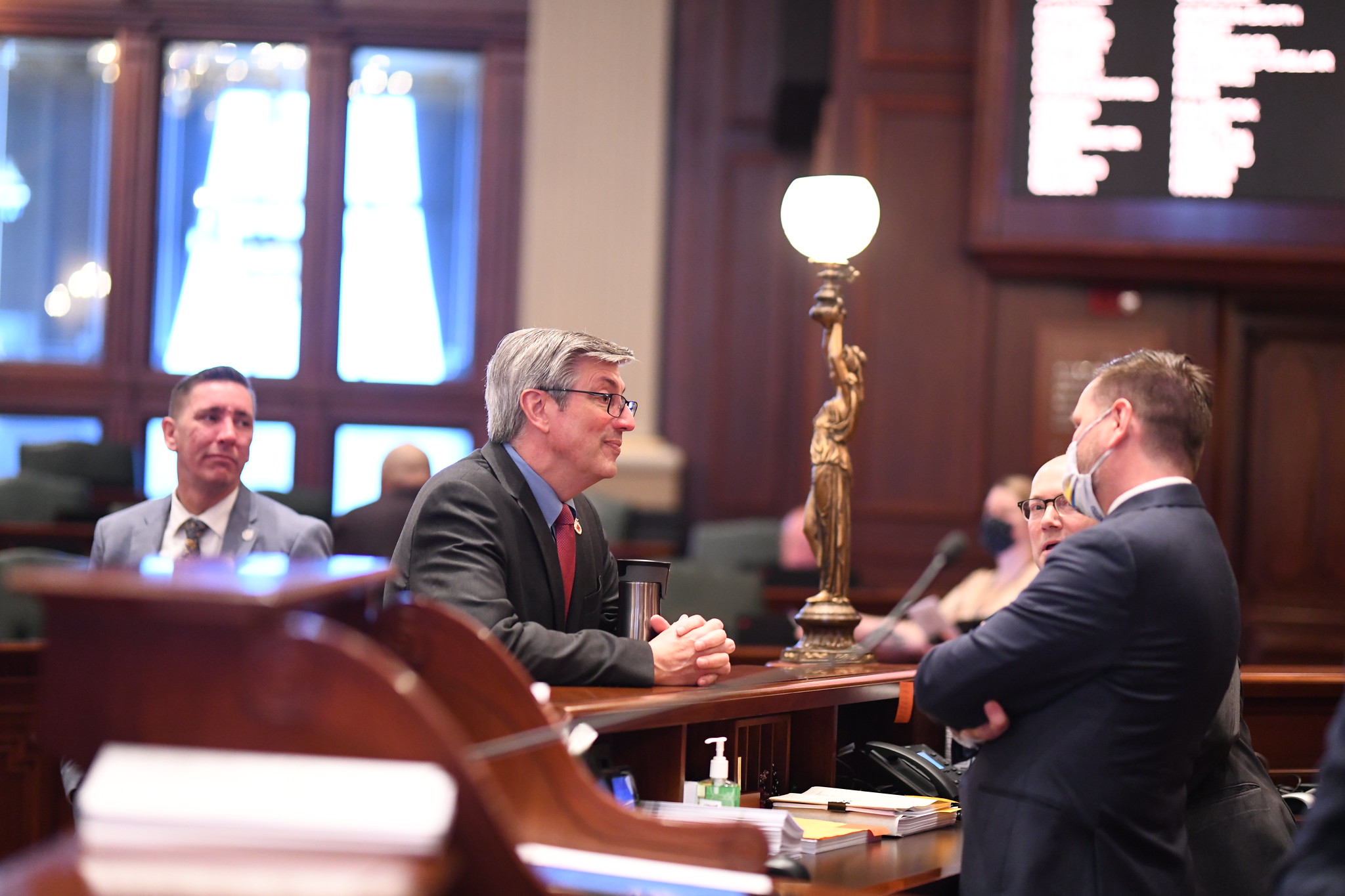 SPRINGFIELD – On Wednesday, the House passed legislation that will leave approximately $1.8 billion of debt in the state’s unemployment insurance trust fund with no plan to pay that debt. State Representative Dan Ugaste (R-Geneva) released the following response:

“Last night, Illinois Democrats had a simple choice: use money given to the state by the federal government under the American Rescue Plan Act to pay off our unemployment insurance trust fund debt or impose a tax hike on the hardworking residents of Illinois. Unfortunately for our state’s residents, they chose the latter.

“The only way to avoid a tax increase on job creators and cuts to unemployment benefits is to fully pay off the debt we owe to the federal government using existing ARPA funding. Even though the State has more than enough ARPA money to pay the full amount of the debt, the Democrats chose to leave a $1.8 billion hole so they could spend these funds on Democrat pork projects. I argued that rather than leaving taxpayers on the hook for tax increases and benefit cuts, we should have paid the entire debt and shown true fiscal responsibility.”