Rep. Ugaste Named Public Official of the Year by Illinois Association of Chiefs of Police 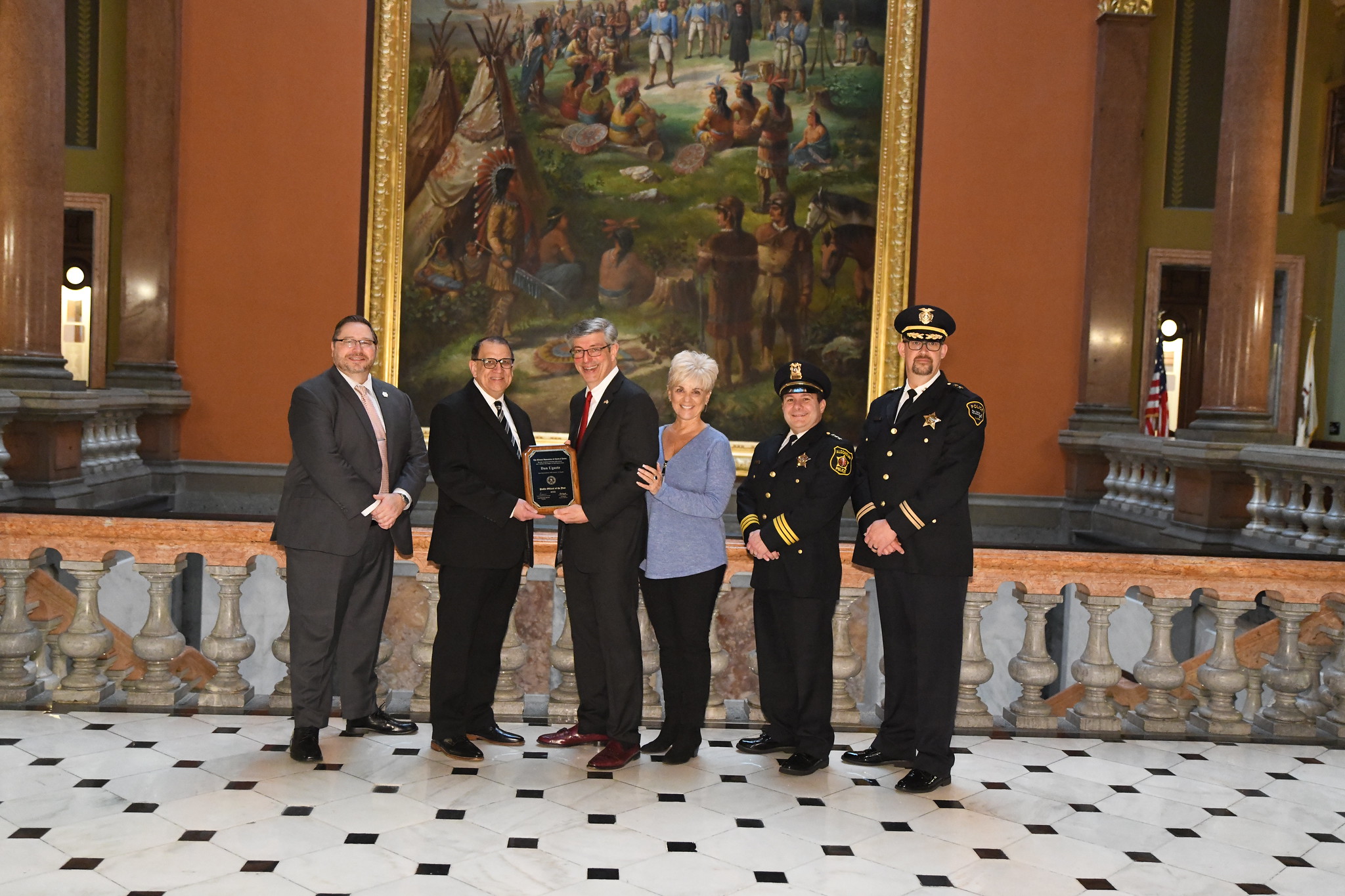 SPRINGFIELD – On Wednesday at the State Capitol, State Representative Dan Ugaste (R-Geneva) was named the “Public Official of the Year” by the Illinois Association of Chiefs of Police (ILACP). Rep. Ugaste received his award from ILACP Executive Director Ed Wojcicki.

“It’s an incredible honor to be named Public Official of the Year by the Illinois Association of Chiefs of Police,” said Rep. Ugaste. “Our law enforcement officers and police chiefs put their lives on the line every day they go to work to protect our communities. I am proud to support law enforcement in the General Assembly and back the badge by listening to police and working to address their needs.”

“Rep. Ugaste is one of the strongest voices in the General Assembly in support of law enforcement in very challenging times for us,” said Executive Director Wojcicki. “On the House floor and in committee meetings, he raises great questions about serious flaws in legislation. Most importantly, in conversations with us, he listens to our concerns and then becomes our advocate. The Illinois Chiefs are so grateful to him. Illinois would be in a much stronger position in many ways – and people would feel safer – if more people listened to Rep. Ugaste.”

ILACP announced their Public Officials of the Year on March 11th. Rep. Ugaste was awarded this honor with State Senator Rachelle Crowe and Kane County State’s Attorney Jamie Mosser. Rep. Ugaste has been a longtime supporter of law enforcement and spoke in a press conference earlier this year calling for the repeal of the SAFE-T Act that was signed into law by Governor Pritzker in 2021. He has also called on the General Assembly to give police the resources they need to protect and serve.

Rep. Ugaste is a member of the House Police & Fire Committee and the Public Safety & Violence Prevention Task Force.