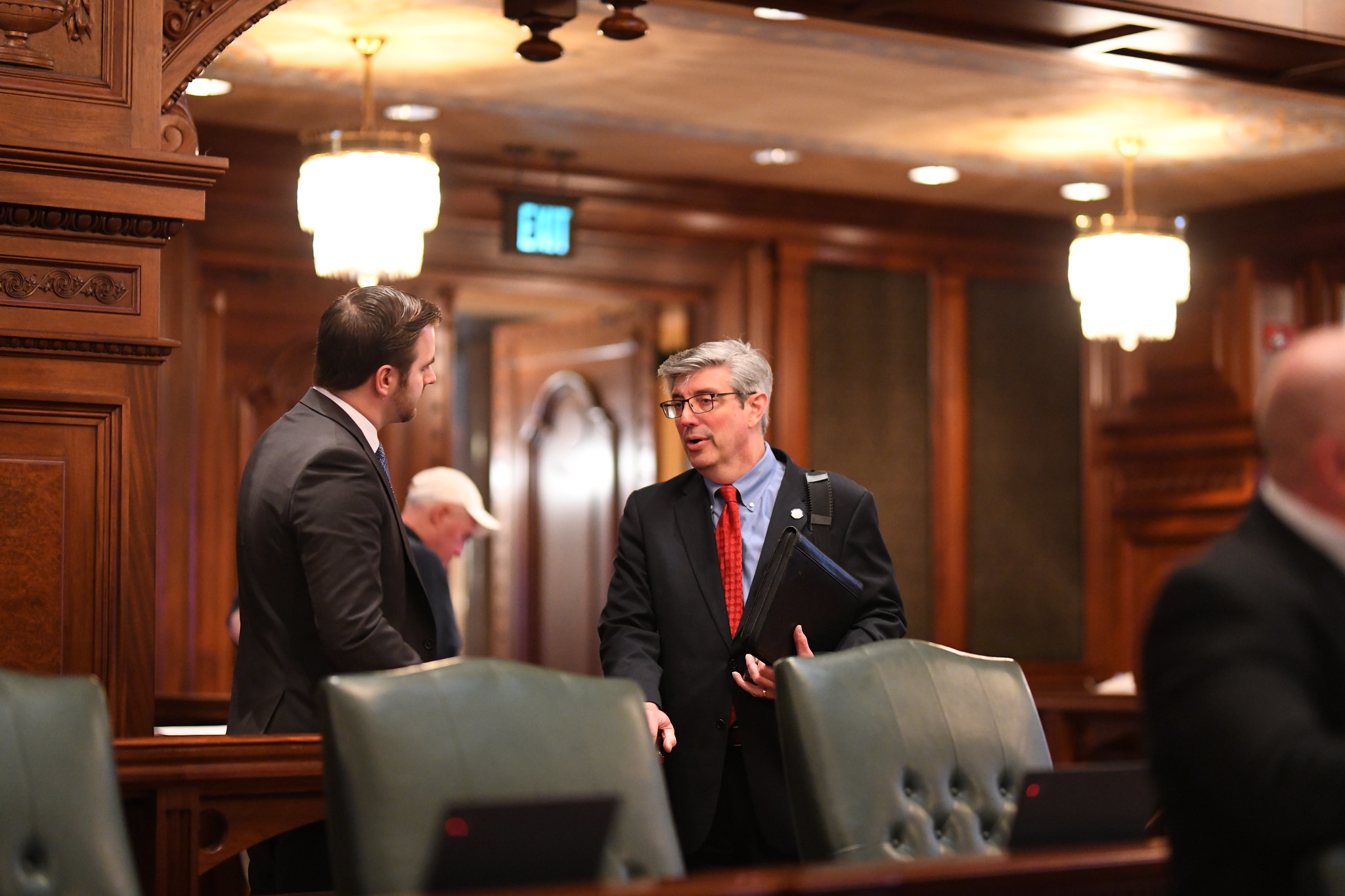 SPRINGFIELD – This week, State Representatives Dan Ugaste (R-Geneva) and Mike Marron (R-Fithian) urged Governor Pritzker and Illinois legislative leaders to call for a Special Session with the General Assembly. They requested this action to allow the General Assembly to pass legislation paying the remaining debt in the Unemployment Insurance (UI) Trust Fund. In a letter sent to Governor Pritzker, Speaker of the House Emanuel “Chris” Welch, and Senate President Don Harmon, the representatives pressed this action to relieve future fiscal burdens from Illinois businesses and residents using surplus revenue from Fiscal Year 2022.

“The General Assembly’s decision to not pay off our UI Trust Fund debt in full this spring will negatively impact Illinoisans down the road,” said Rep. Ugaste. “Illinois residents are on the hook for $1.8 billion, which will result in future fiscal burdens that are preventable. Rep. Marron and I are calling for this Special Session to avoid the unnecessary interest penalties and tax hikes that are tied to delaying this responsibility.”

State Rep. Mike Marron (R-Fithian) says he and Rep. Ugaste are demanding the Special Session to pay off Illinois’ Unemployment Insurance Trust fund debt because of the failure by the supermajority party to properly address the issue in the abbreviated Spring 2022 Session.

“Governor Pritzker and the majority party should have already done this, but they prioritized pork barrel spending for Democrat legislators and their districts over doing the financially responsible thing and paying off our unemployment insurance debt in full,” Marron said. “Employers and those individuals that would need to depend on unemployment insurance in the case of a future disaster or some other circumstance should not be facing tax hikes and benefit cuts so Democrats can play election year politics with spending projects. We are urging Governor Pritzker to call a Special Session to address unemployment insurance debt because it quite simply is the morally and fiscally responsible thing to do.”

Resulting from multiple sweeping emergency declarations issued by Governor Pritzker starting with the beginning of the COVID-19 pandemic, the State of Illinois experienced a significant increase in unemployment claims. The federal government allowed states to borrow money to meet this increased need, and Illinois’ Unemployment Insurance Trust Fund was liable for more than $4 billion, plus interest, owed to the United States Department of Labor.

Since the money became available, House Republicans urged the General Assembly to fully pay off the debt owed to the federal government using existing American Rescue Plan Act (ARPA) funding, but their requests were unheeded. There remains a $1.8 billion liability. Reps. Ugaste and Marron are now calling on Governor Pritzker, Speaker Welch, and Senate President Harmon to apply surplus revenue from FY22 to this debt and stop interest payments.

The House of Representatives are currently scheduled to return to Springfield for veto session in late November and early December.

The letter sent to Governor Pritzker, Speaker Welch, and Senate President Harmon can be found here.