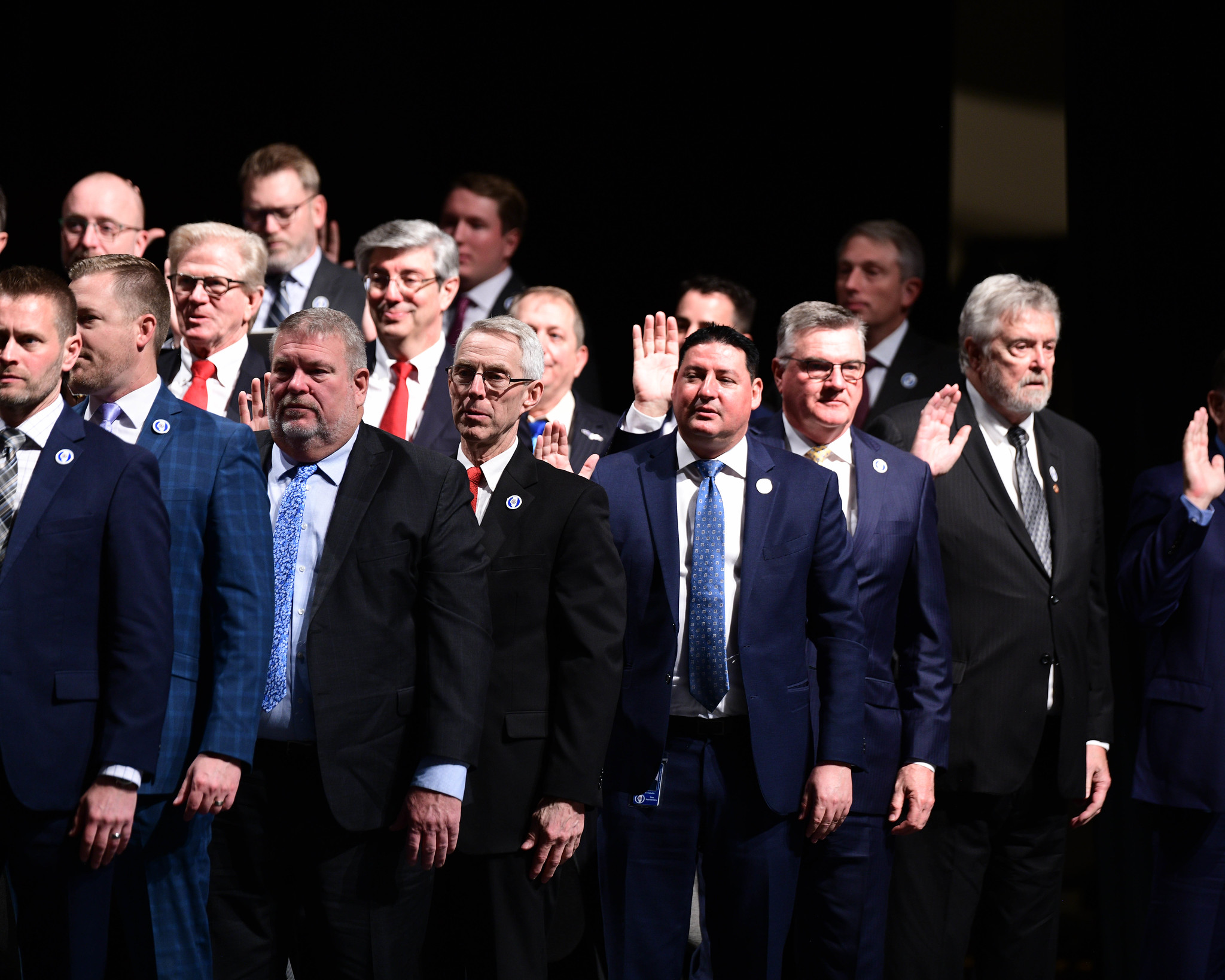 SPRINGFIELD – State Representative Dan Ugaste (R-Geneva) was sworn into office today for Illinois’ 103rd General Assembly to represent the 65th District. This marks Rep. Ugaste’s third term serving in the House of Representatives, beginning his service in January 2019. With a focus on bipartisan solutions and ethics reform, Rep. Ugaste will push for lower taxes, increased jobs, and limiting executive overreach in this upcoming spring session and General Assembly.

“Following three years of executive rule under Governor Pritzker, I will recommit to asserting the authority of the General Assembly and limiting executive overreach from the Governor’s mansion,” said Rep. Ugaste. “I also look forward to working with my House colleagues to find solutions for the pressing issues our state faces, including lack of opportunity, high taxes, and public safety.”

Rep. Ugaste highlighted his commitment to end the culture of corruption in Illinois: “Illinoisans have been paying the high price of corruption for decades, which decreases our economic growth and discourages investment in our state. We need to eliminate conflicts of interest and give citizens more control of their government.”

During the fall 2022 veto session, Speaker of the House Emanuel “Chris” Welch (D-Riverside) was re-elected for his second term as Speaker and Representative Tony McCombie (R-Savanna) was elected as House Republican Leader. McCombie was previously the Republican Spokesperson on the Restorative Justice Committee.