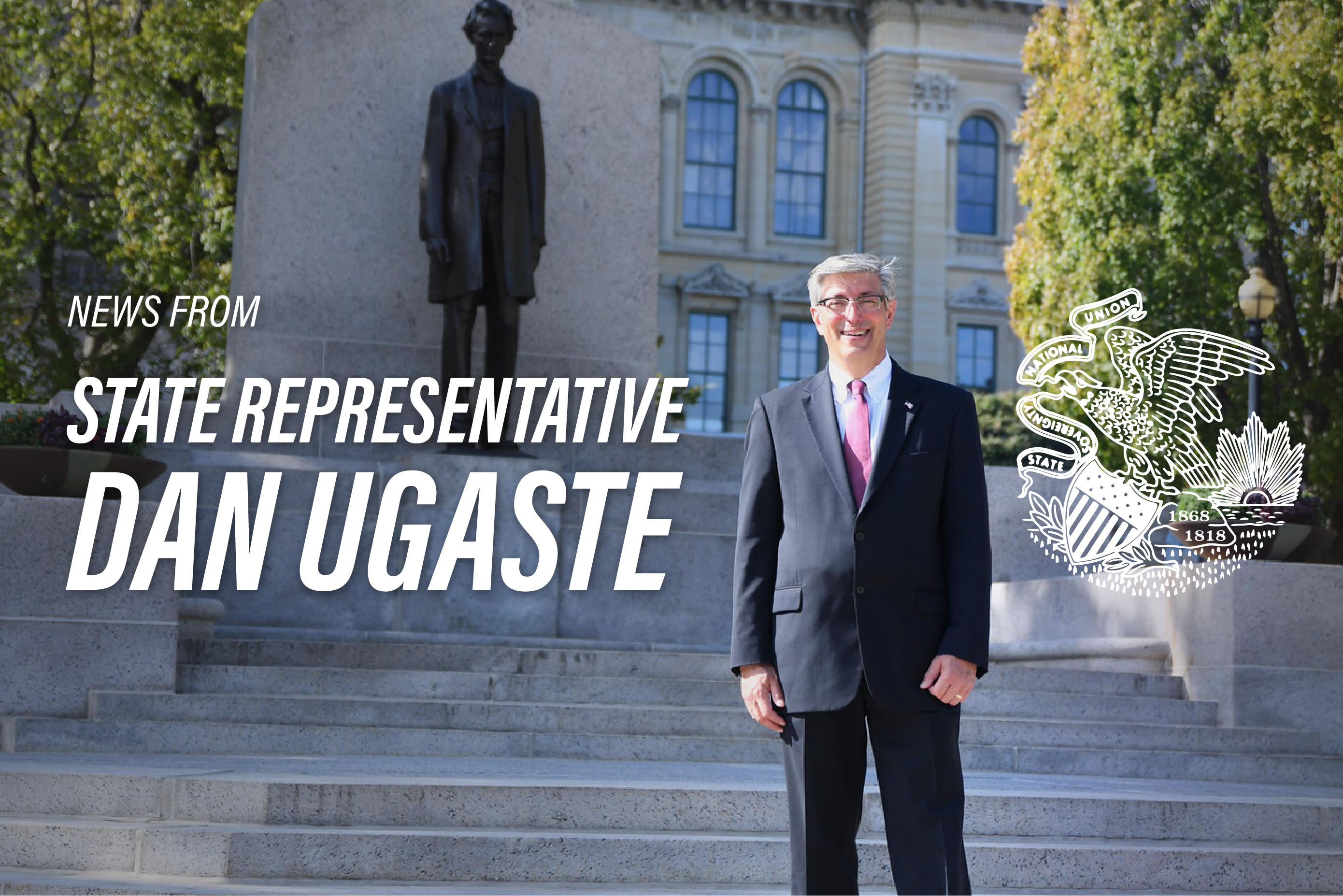 Lawsuits filed against Illinois’ new gun ban law.  Starting on Friday, January 13, opponents of the new law have filed lawsuits in State and federal courts to have the measure stayed and then struck down.  The State-enacted measure is seen by constitutional lawyers as highly vulnerable to court action.  The law purports to ban certain firearms and magazines, and would require the registration of a wide variety of firearms that are listed as so-called “assault weapons.”  Action in the courts will continue, with the preliminary goal of staying enforcement of the law.

Illinois is the ninth state to take action to ban what certain legislators termed “assault weapons,” although 41 U.S. states have refused to take such actions.  The constitutionality of these bans has come under severe challenge in recent months.  There are court pushbacks going on at this time against parallel gun laws enacted in other Democrat-aligned states.

The sections of the new Illinois law that ban certain types of gun magazines are seen as especially vulnerable to federal court challenge.  The federal courts are bound, under the U.S. Constitution, to uphold the supremacy of the Second Amendment over all other laws.  In Illinois House debate, proponents of the magazine ban could not point to case laws upholding, with specificity, the validity of this type of prohibition.  Despite warnings from Illinois House Republicans that the gun ban bill as a whole, and especially this section of it, could be unconstitutional, the Democrats voted to pass the gun ban bill anyway.  The controversial gun bill was enacted early in January 2023 by Democrats in the “lame duck” 102nd General Assembly.

Illinois House prepares for 2023 spring session.  After convening on Wednesday, January 11 to take their oaths of office, the new House members are continuing to work with their staff to draft and file legislation. House members have filed more than 1,200 bills thus far for their colleagues to consider this spring.  Each bill is sent to the House Rules Committee for assignment to a standing House committee.  The House will reconvene for committee action on Tuesday, January 31.  The start of February will begin a six-week period for the House and its committees to hold hearings and discuss the measures before the House.  During this time period, the House will also start considering the State’s budget.  Appropriation hearings, which will generate a sum that will fit into the State’s Fiscal Year 2024 budget, will begin.

CGFA publishes revenue report for December 2022.  The final month of the 2022 calendar year saw a sharp slowdown in revenue trends tracked by the Commission on Government Forecasting and Accountability (CGFA).  The General Assembly’s revenue and economic forecasting watchdog office has been looking at tax revenues reported by the Illinois Department of Revenue (IDOR) and other agencies, particularly income tax revenues and sales tax revenues.  While these revenue trends had been sharply positive for Illinois earlier in calendar year 2022, the upward spike in worldwide interest rates had led to projections that these Illinois growth trends might soon come to a screeching halt.

In December 2022, revenue numbers showed that this standstill had come to Illinois.  Although two of Illinois’ key cash flow lines, personal income tax payments and sales tax receipts, had increased sharply earlier in 2022, in December 2022 the cash flow growth in these two category lines dropped to zero.  These two lines generated $3.2 billion in cash flow for the State in December 2022, identical to the year-earlier figure.  The zeroing-out of this prior growth trend was a strong indicator of approaching trouble ahead for Illinois’ public-sector cash flow and overall economy in calendar year 2023.

Positive State of Illinois revenue numbers were maintained by strong upward movement in two historically smaller money categories, federal-source income (up $311 million in December 2022, year over year) and corporate income tax payments (up $223 million).  By the time Fiscal Year 2024 starts on July 1, 2023, Illinois’ economic conditions may be dimmer than they are today.  Trends in federal payments and corporate income tax cash flow are not reassuring.  Springfield does not control the federal laws that pay money to the State of Illinois, and corporate income tax payments are closely tied to specific economic sectors – headed by energy-delivering public utility companies – that pay more income taxes when the prices of energy commodities are moving up.  Costlier electricity, natural gas, and propane means less free capital for Illinois consumers and businesses to make purchases and hire additional workers.

Lawsuit filed in federal court against Department of Children and Family Services (DCFS).  The lawsuit alleges that the Department, which has legal responsibility over hundreds of children with multiple challenges that include their legal status, misused their responsibilities with regards to juveniles that required care but were subject to detention.  Instead of giving these children essential and vital care services, DCFS oversaw their confinement in places of juvenile detention.  The lawsuit presents evidence that the non-providing of needed care by DCFS to at-risk challenged juveniles has been and continues to be a full-pledged policy of the Department.

The class action lawsuit, filed in federal court in Chicago, demands recompense for knowingly-detained children deprived of needed care.  While in juvenile detention, the children were allegedly exposed to violence and danger, including conduct perpetrated by both security guards and by their fellow detainees, which endangered them as individuals and stood in the way of their developing the psychological pathways needed for healing and care.  The lawsuit’s lead plaintiff, Charles Golbert, is a court-appointed guardian in Cook County.  As a professional “guardian ad litem,” Golbert is a lawyer who specializes in guardianship services for vulnerable persons.

In responding to the lawsuit, DCFS said they try to find the best care settings possible for persons under their jurisdiction.  Some of these persons are children in juvenile detention.  Appointed by Gov. J.B. Pritzker, DCFS Director Marc Smith has been repeatedly cited by other courts for contempt of court for failing to comply with previous court orders.  DCFS and Director Smith have been repeatedly sanctioned by the court for failing to place juveniles in appropriate care settings.

Governor Pritzker has failed the children of Illinois by allowing such rampant dysfunction to continue at DCFS.  The agency needs to be thoroughly investigated to ensure our state’s most vulnerable children are protected.

Scott’s Law crashes tabulated.  State law forbids the act, by a driver, of passing a stopped and shouldered first-response vehicle in an adjoining lane at high speed.  The driver, if he or she sees a police vehicle or other first-response vehicle on the shoulder with its lights flashing, must either move over to the next lane or, if this is impossible, must slow down and pass at a rate of speed that will be safe for the first responder.  Usually it is best to move over if possible, which is why Scott’s Law is also often called the “Move Over Law.”

The Illinois State Police collects and tabulates reports of Scott’s Law crashes and violations, including incidents involving their own troopers.  If someone’s motor vehicle crashes into a shouldered First Responder vehicle, that constitutes evidence that Scott’s Law may have been violated.  On the weekend of January 14 and 15, the State Police counted the first Scott’s Law crashes of 2023.  The incidents took place in Cook County and in Kankakee County.  Both cases involved State Police troopers that had stopped on road shoulders and had activated their emergency lights.  In both cases, the cited driver was charged with driving under the influence (DUI), a charge that is separate from Scott’s Law.

If fully adjudicated, both drivers could be subject to separate sanctions for both charges, as well as other charges connected with each incident.  A driver who has violated Scott’s Law may be ordered to pay a fine of between $250 and $10,000 for a first offense.  Called “Scott’s Law” by first responders, the State law commemorates Chicago firefighter Lieutenant Scott Gillen.  In a fatal Dan Ryan Expressway roadside incident, Lt. Gillen was killed by a driver on December 23, 2000.

Illinois Emergency Management Authority (IEMA) declares January 2023 as “Radon Action Month.”  The designation encourages the owners and occupants of Illinois homes, especially homes with basements, to check their homes for the presence of radon gas.  Radon tests are devices offered for sale in most hardware and department stores.  The successful completion of a radon test not only leads to peace of mind but may also add to the resale value of the home.

Radon is a gas, produced by rocks under the earth’s surface, which cannot be smelled by humans.  It is mildly radioactive, and breathing it is dangerous.  The Centers for Disease Control and Prevention (CDC) monitors the incidence of radon-associated lung cancer in the United States.  It is estimated that more than 1,100 Illinois residents develop radon-related lung cancer every year.  The effects of long-term radon gas exposure can be prevented by retrofitting a home, especially its basement, to improve ventilation and vent out the gas.  IEMA, the State’s agency with responsibility over the hazards of radioactive radiation, is working with Illinois schools to develop a set of public-awareness resources the spotlight this growing issue.

The Illinois tax filing season will begin on Monday, January 23.  In the final full week of January 2023, the Illinois Department of Revenue (IDOR) will begin accepting State income tax returns for tax year 2022.  Taxpayers are urged to file electronically, and to get their returns in early; doing so may help a taxpayer get to the head of the line for tax refunds that may be due.  IDOR wants Illinois residents to know that a taxpayer can opt into an instruction that any refund be directly deposited into the taxpayer’s account.  The deadline for filing this year’s income tax return will be Tuesday, April 18.